Mystery of the Plougastel-Daoulas stone in France

When a competition was launched in May 2019 to translate the mysterious Latin text mixed with complex runes on a stone on the beach in Plougastel-Daoulas in Finistère, France, it was a nice challenge because the meaning was obvious. Many objects in Europe have similar inscriptions and based on the Old Norse rune poems, combined with Linear A and B clay tablets that contain pictures of how to meditate, the 250 plus symbols on the stone were translated. The result was a beautiful text, possibly made as part of celebrations 1,000 years after the Buddha. This coincides with the making of many other more famous objects such as the Bamiyan Buddhas of Bactria (Afghanistan) and the two Golden Horns of Gallehus in Denmark and also with the writing of the Visuddhi Magga (Path of Purification), the Sri Lankan Commentary written by Bhadantācariya Buddhaghosa in c. 430 AD. The Commentary is still used as a manual to teach the system of meditation that was originally taught by the Buddha in his lifetime, at meditation monasteries in Myanmar thousands of people are meditating daily, practicing the same techniques.

The translation was not chosen as a winner, but was the motivation to order complex information, already understood, into one coherent text that can communicate the valuable environment of mysterious objects left by those early meditators who followed in the footsteps of the Buddha.

The horse was the an-iconic symbol most used by Europeans, it appeared as the "M" symbol on the rock, which is similar to the "ᛖ" rune used in Scandinavia, the horse appeared on an endless number of Celtic coins in the region, accompanied by elaborate symbols based on knowledge of advanced Buddhist meditation. The details are found in the pdf in the link below.

Note about the Vix crater (6th century BC)

Only after the text about Etruscan symbols was complete it became clear how the Osismii coins developed using symbols found on the Vix crater. Both the manes of horses and hair of the Gorgons were illustrated with either vertical or horizontal lines to indicate 'investigation" when the mind goes somewhere to observe, or "analysis" when wisdom will be developed. The methods of illustration are witness to a long history of knowledge that was shared in France during centuries. The Vix crater is illustrated in "Lost Links Part 6: Etruscan: universal language of the heart"

Osismii coins: kamma and analysis of the "house that the mind builds" 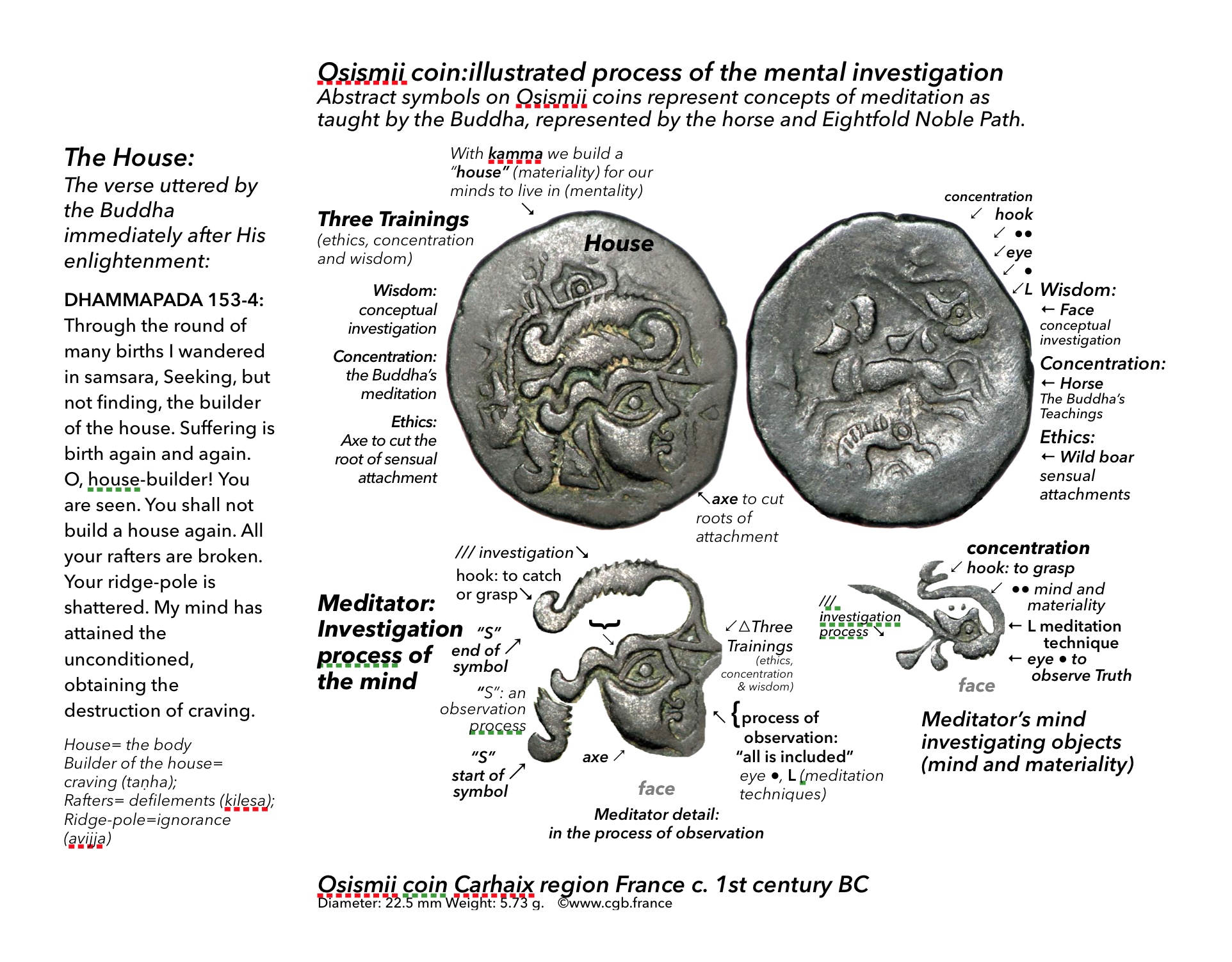 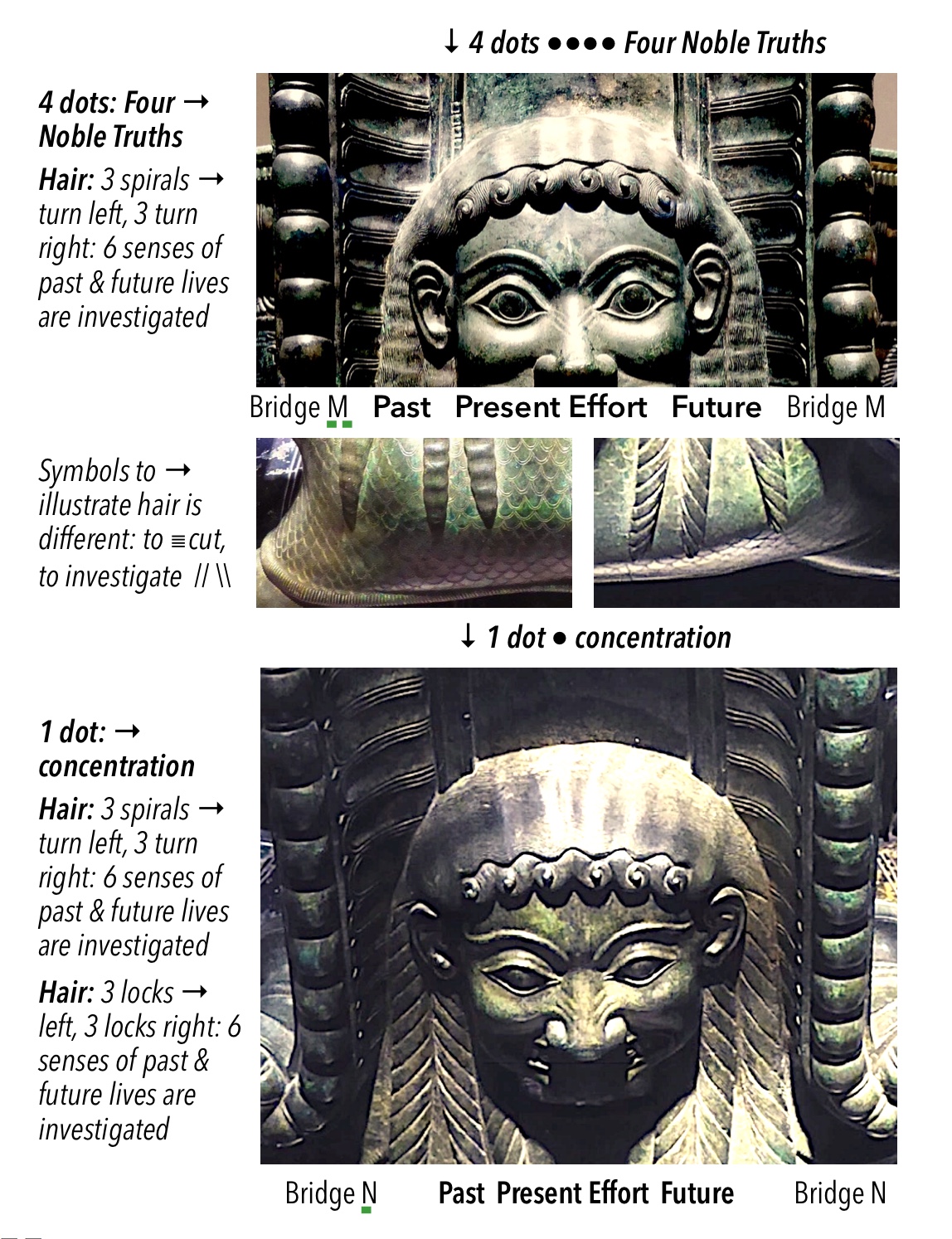