After the translation of the complex runes on the Plougastel-Daoulas stone found on the beach in Finistère - the Land’s End in France - it was obvious that few would believe that the Latin letters could have the same meaning as Scandinavian rune symbols. The Eggja stone in Norway has a comparable number of runes: both stones have exceptionally long texts. Positioned on a hill overlooking a fjord the stone’s main theme is similar to that of the stone on the beach in France: “how to cross the ocean of samsara” by following the horse as an-iconic symbol for the Buddha.

In the Eggja text the link with learning centres in Greece via the ocean routes that went past Plougastel-Daoulas is explored, as well as the northern routes that linked Scandinavia to India after centres in southern Europe were destroyed, a Buddha image found in the Oseberg ship burial (834 AD) has an illustration of a series of X-runes (Seven Stages of Purification) and a Gandhara Buddha statue was found in Stockholm (Helgö).

The envoys of Ashoka reached both Europe and Siberia, which resulted in an intellectual link with continued exchange of information until the 12th century, recognisable on images of Okunev that are also found on standing stones in Gotland and eventually in the Maeshowe tomb (see text Maeshowe). A Viking sword recently found in Siberia with complex rune symbols inscribed in Gotland on a blade that was made in Germany confirms that there was a complex network of exchange still active until the 12th century, the symbols were a votive message of peace related to the Buddhist system of meditation. The original symbols can be traced to Linear A and B clay tablets dating back to the 6th century BC during the lifetime of the Buddha and Pythagoras, still recognisable as complex rune symbols used by Old Norse Vikings until 1200 AD.

The most important detail on the Eggja stone is that of the middle rune line that is mirrored and upside-down to represent the “hanging man”, the meditator, who investigates past lives  to cut the roots of craving and attachment in the quest to attain liberation.

Contents is the personal view of the author. 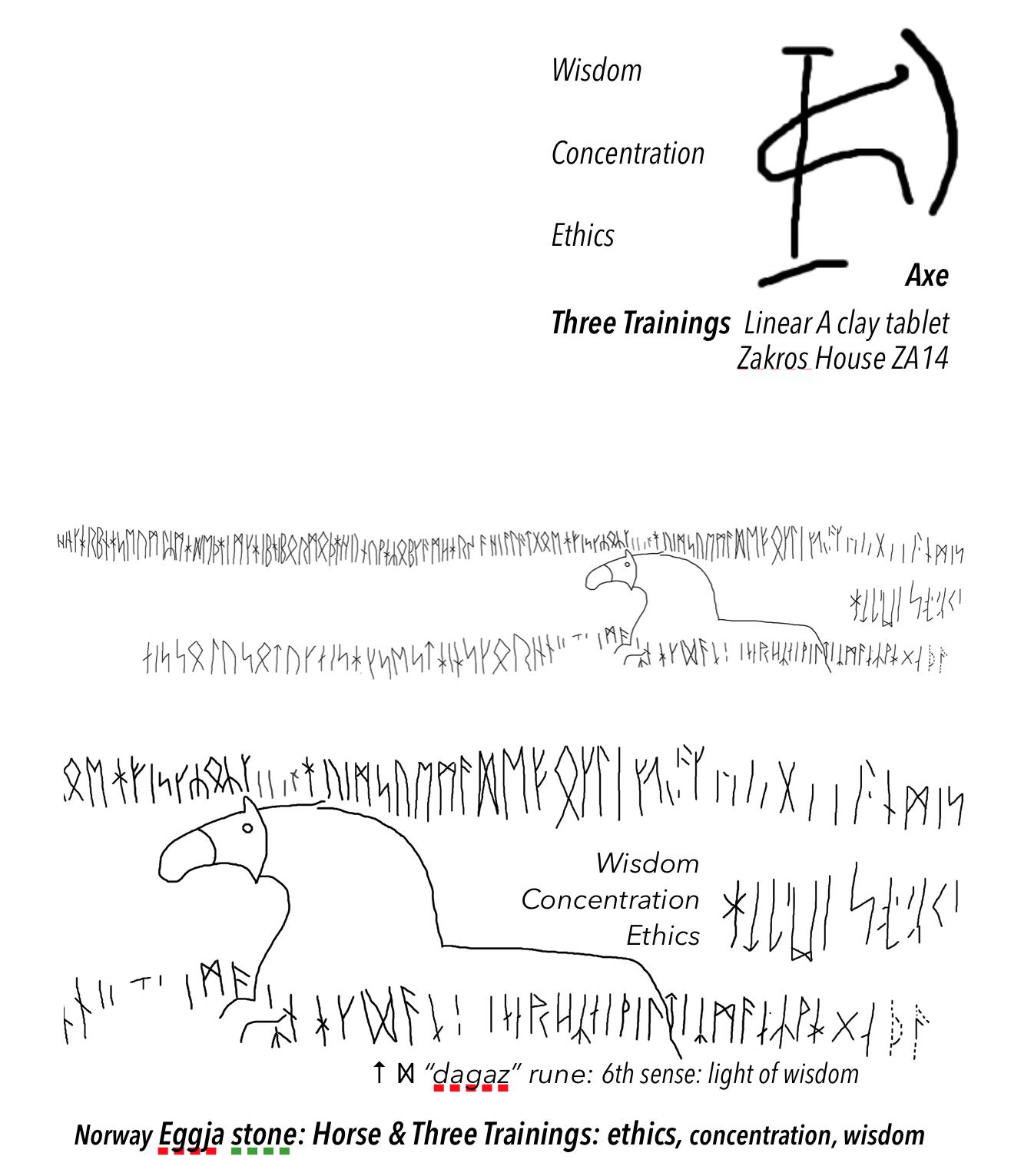 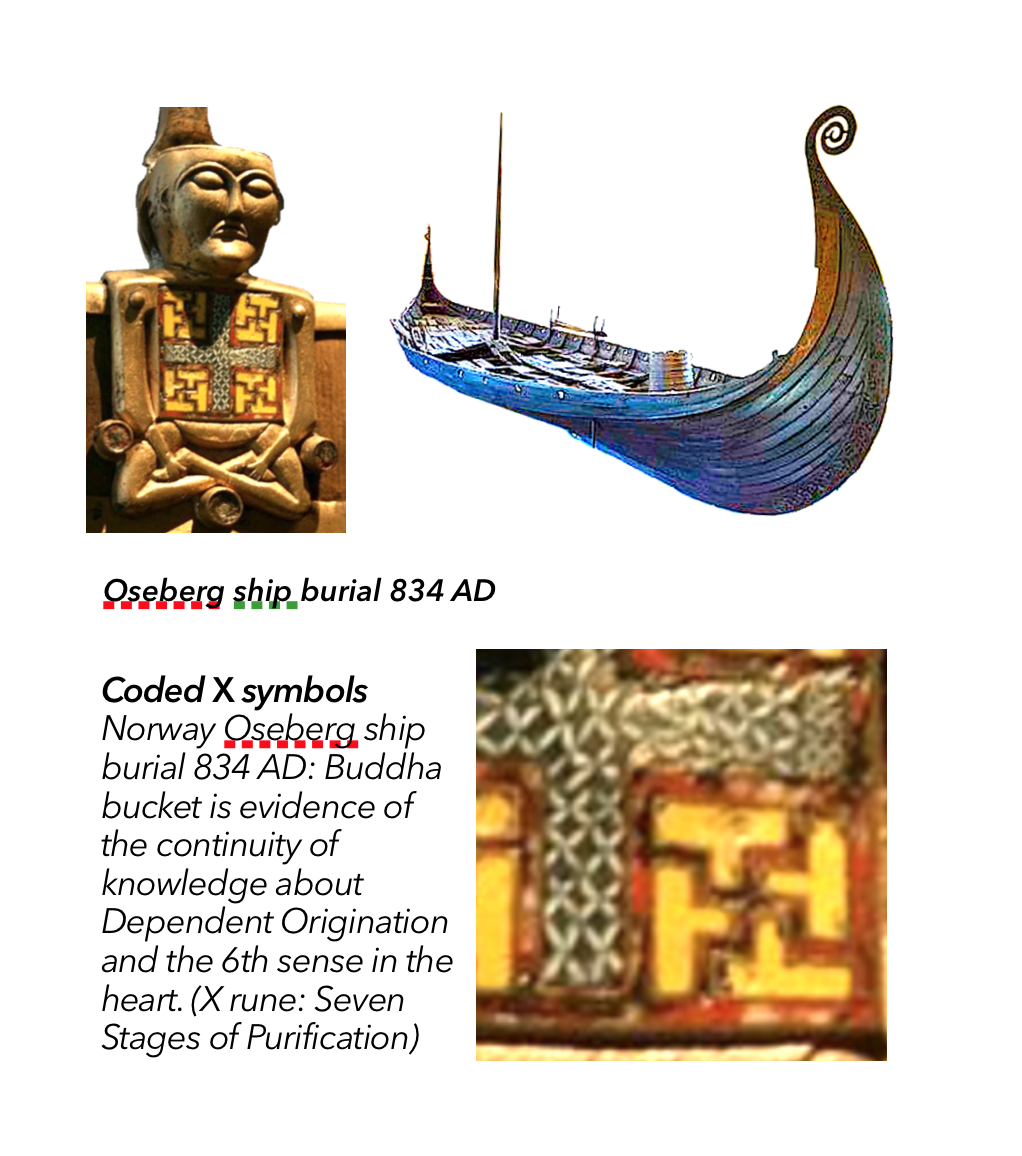 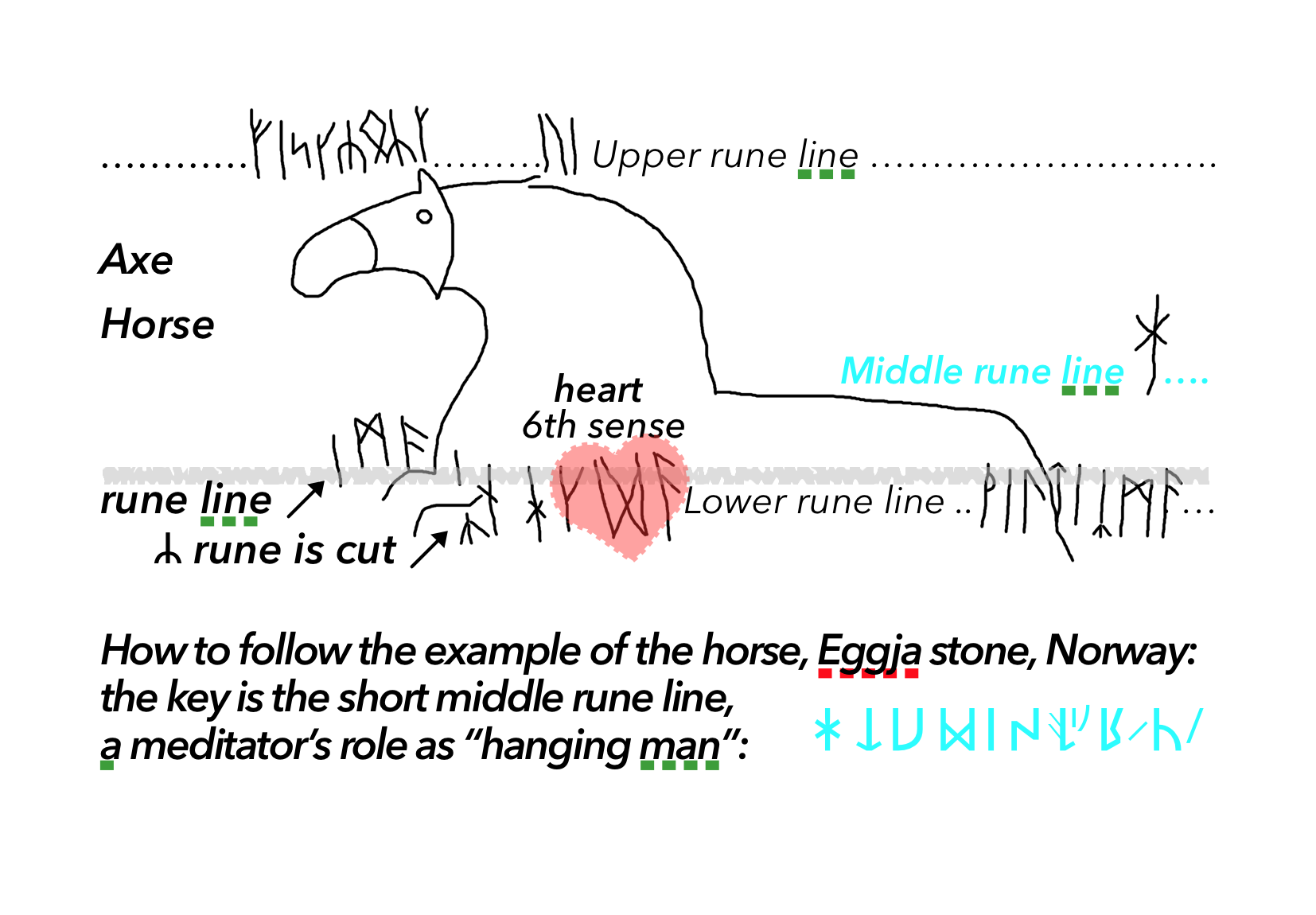 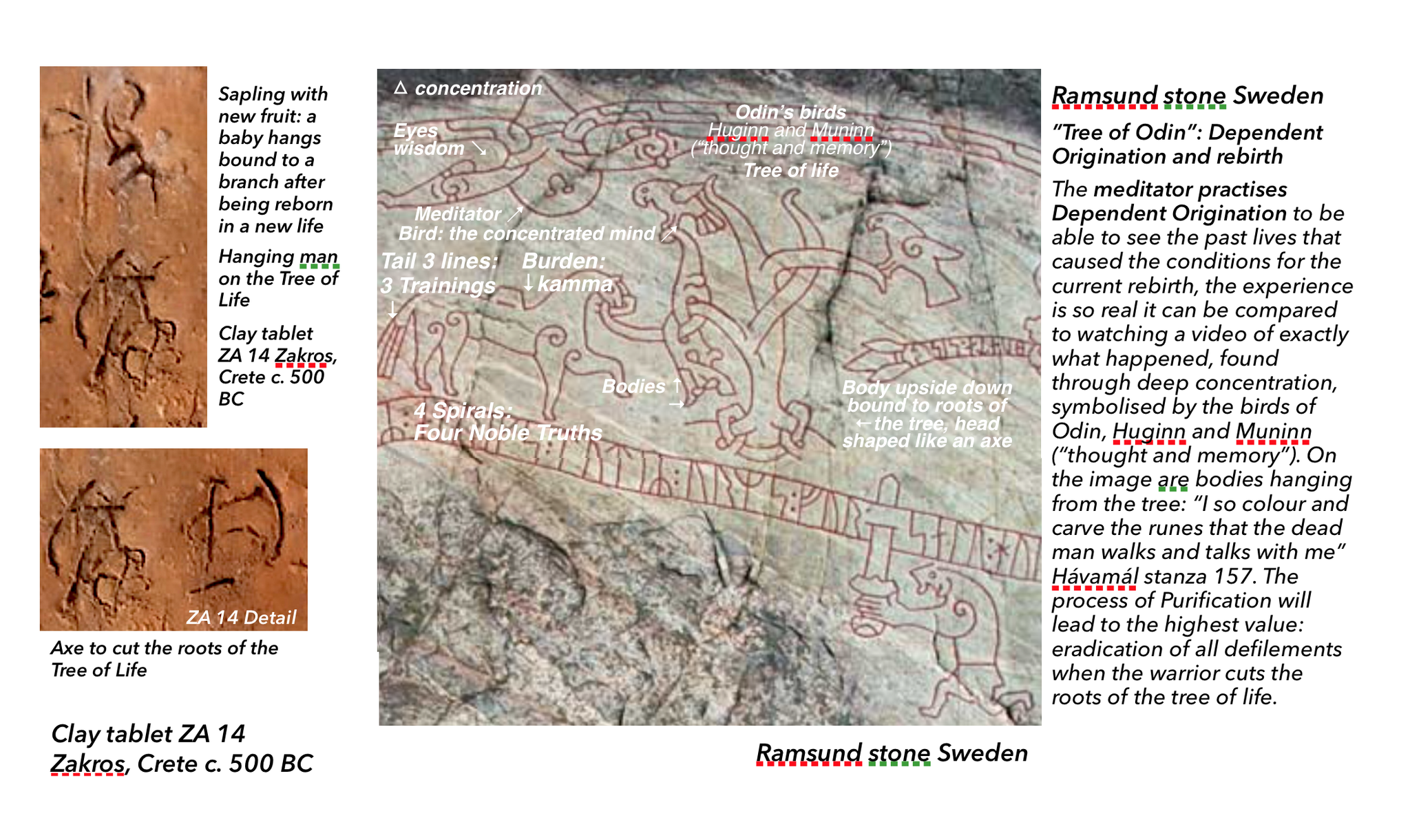