A long debate about the role of the Romans in Scotland can be clarified by the exceptional objects such as massive silver chains and standing stones with symbols that do not only relate to Scandinavia and Siberia, but can be linked via Trusty's Hill and Plougastel-Daoulas to Spain, from where the trail leads to Rome and the Pantheon built by Hadrian. Hadrian was known to be a keen "philosopher" who studied and later supported Athens and several other regions where "philosophers", that may have been the word used to describe meditators in the early years, were studying and practising. Symbols in Petra, the "city of cave-dwellers" described by Plutarch, who also described "holy men on the islands of Britain (Maeshowe), connects India with Rome, and in turn with Maeshowe in Orkney. A coherent and systematic intellectual environment was developed and supported by Hadrian and his successors.

If the interpretations of the texts of Plutarch, Plotinus and the later Christian authors Gildas and Jordanes are correct, there is not only written proof that the Buddhist system of meditation was thriving in Europe for many centuries, but also enough information to expose the hidden intellectual world of Buddhist learning centres found at several locations in Europe, with a history that started in the lifetime of the Buddha and lasted until the 12th century.

Contents is the personal view of the author. 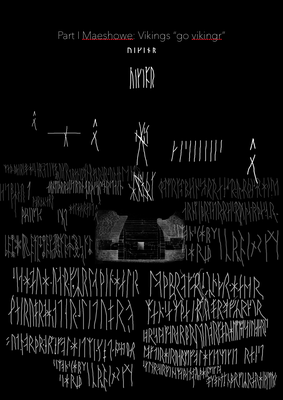 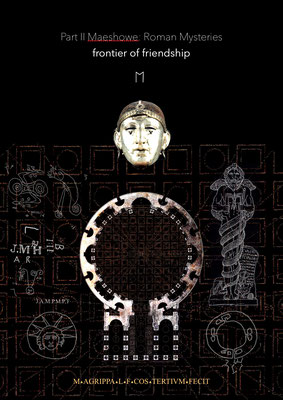 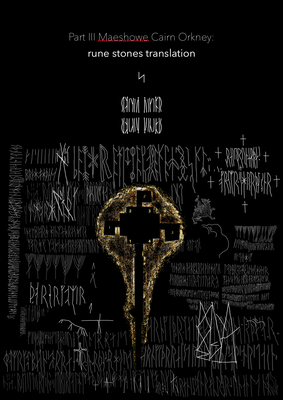 First the explorer Pytheas of Massalia traveled via Britain to Scandinavia in 325 BC, later Plutarch described in an essay (c. 110-120 AD) that Demetrius from Tarsus was sent by "some emperor" to investigate the islands of Britain where holy men were living. Did they visit the Maeshowe tomb in Orkney, and why?

Light of wisdom and the number 16 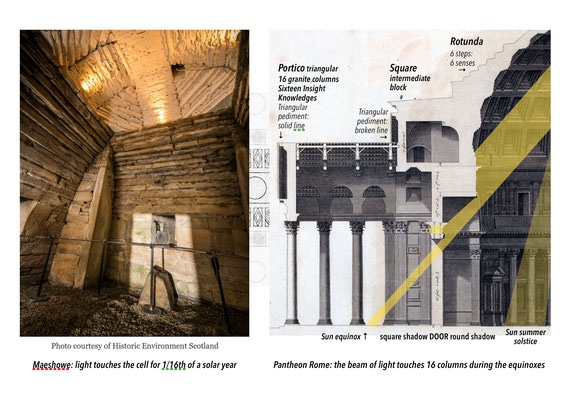 Was Demetrius from Tarsus sent by Trajan and Hadrian to Orkney with the task to investigate the light of the Maeshowe tomb that shines on the rear wall of the cell during the winter solstice for exactly 1/16th of a solar year?

Was the ray of light in Maeshowe the inspiration for Hadrian and Trajan when they designed the Pantheon in Rome where the light beam touches the 16 columns on the portico during the equinoxes every year?

Did they know that the "Sixteen Insight Knowledges" were a summary of the final steps of liberation as experienced by advanced meditators?

What if Hadrian never built "the wall" but instead visited Maeshowe? The impressive broch of Gurness was built around 250 BC when the envoy of Ashoka was sent to Europe, facing it on the opposite island the Midhowe broch was built between 200 BC - 200 AD and contained Roman artefacts.

The southern brochs of Scotland were carbon dated, they match the date of 123 AD when Hadrian visited Britain. Did Hadrian build the southern brochs for his soldiers to use as meditation caves on his "frontiers of friendship"? Did they practice the Mysteries of Mithras to sacrifice carving and attachment to sensuality (the bull), using concentration, wearing a "Phrygian cap of freedom"?

Did the Romans continue to support meditation centres when the epicentre of activities shifted from southern to northern Europe after sites were demolished in the 4th century, as seen by vast amounts of "hack silver" and by the massive silver chains that  express meditation concepts?

Symbols already found in Crete in the 6th century BC were re-used in a sophisticated way on standing stones in Scotland and in the Maeshowe tomb. The essence of the runes express the essence of the system of meditation,  as seen on the images copied from the pdf file that is available online. 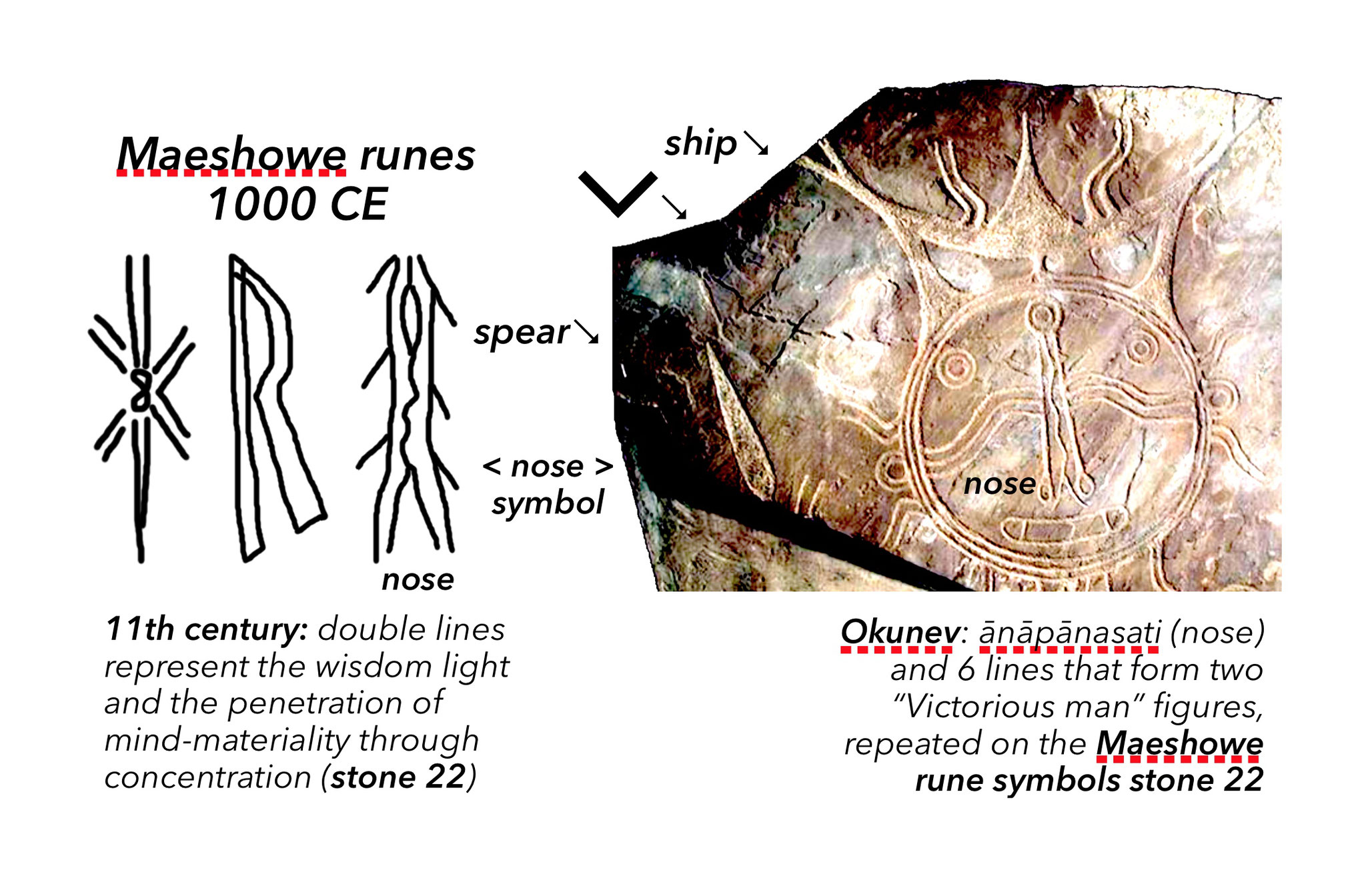 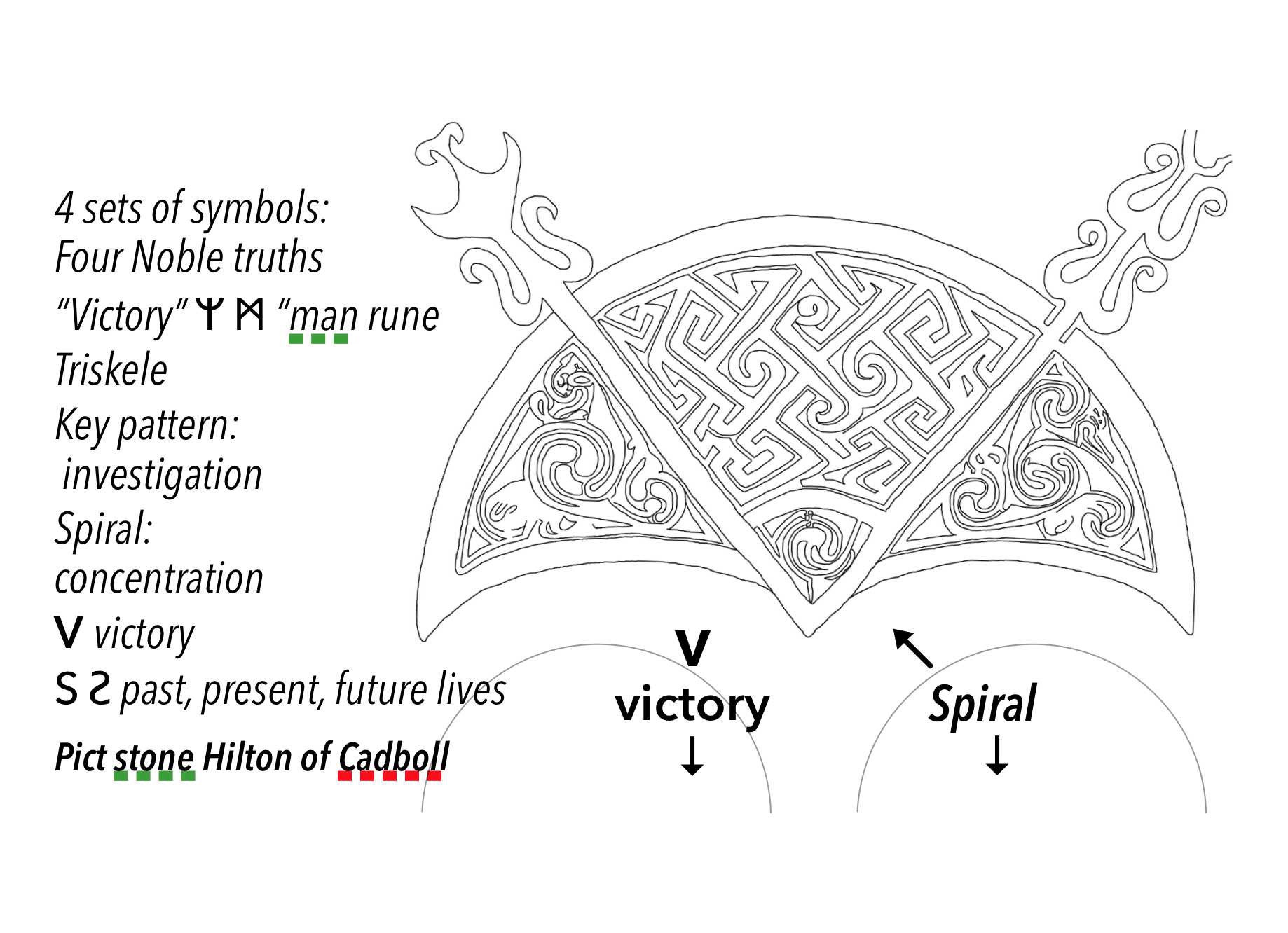 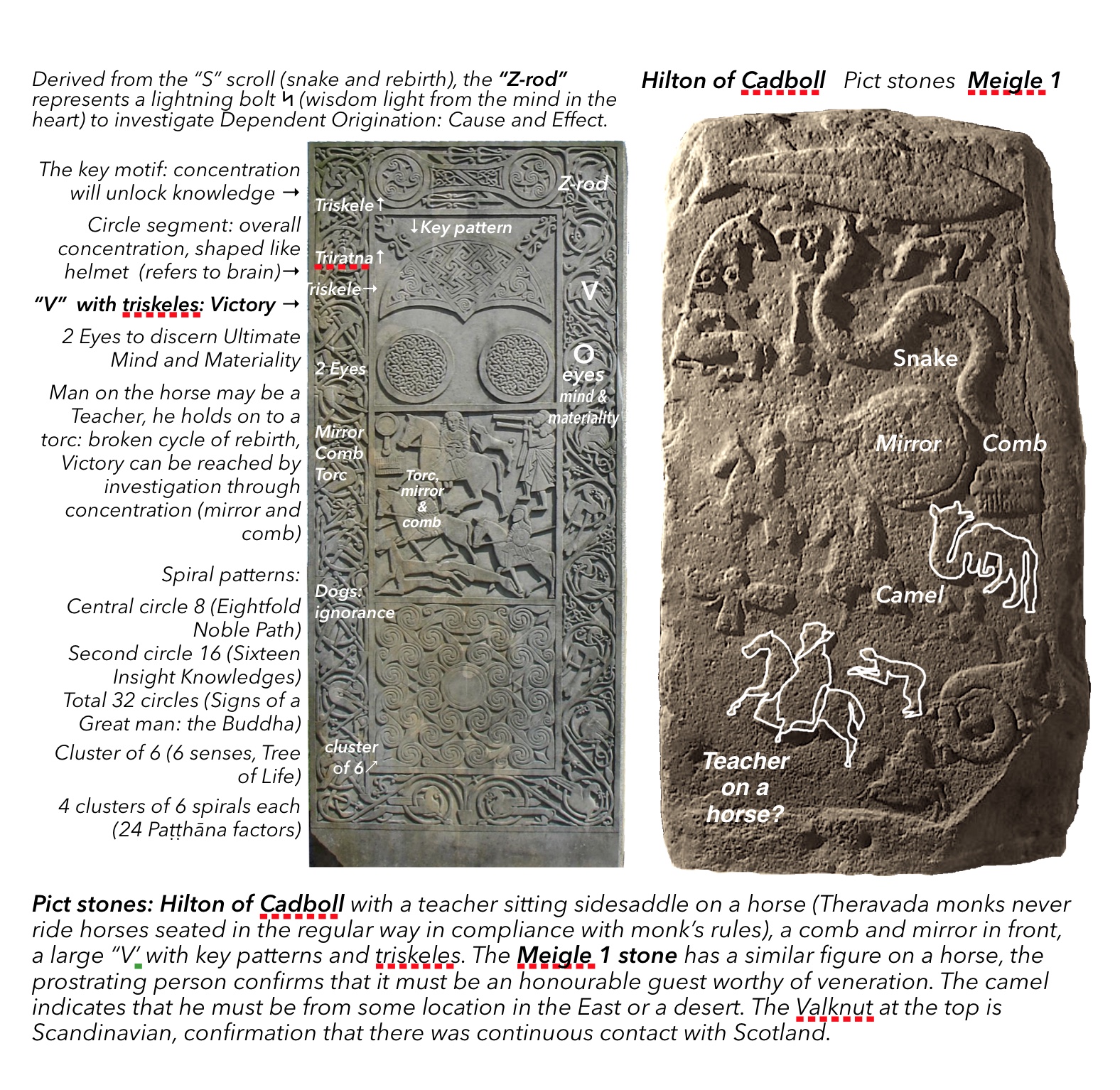 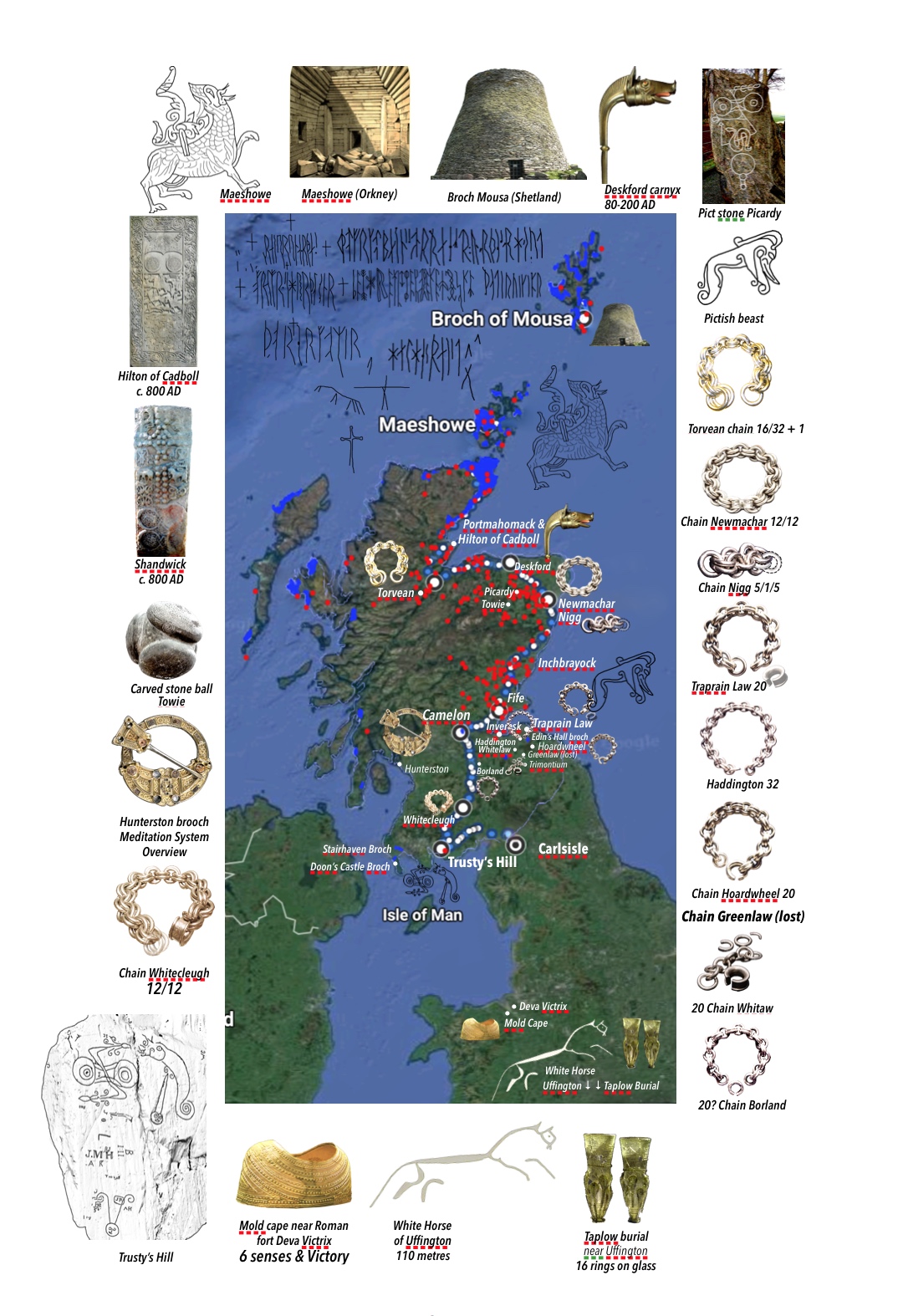 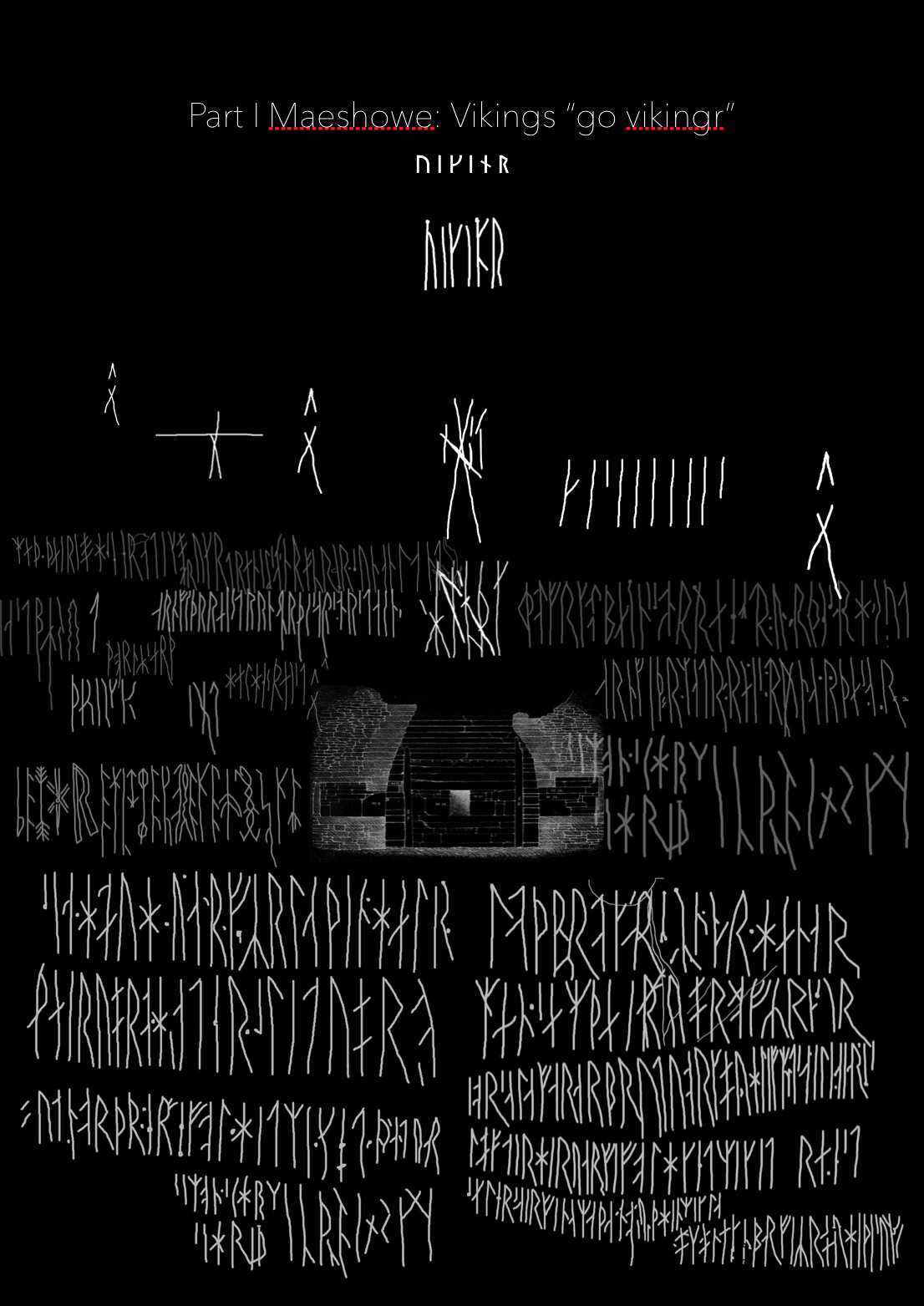