The Rök rune stone with over 750 runes has the longest rune inscription ever found. It was always too complex and the test to see if the standard rune definitions used for translations would result in an interesting text that is convincing was always just too complicated, the danger of the result being a boring monotonous text without any particular meaning seemed real.

Having completed several translations it seemed necessary, the Rök stone is considered to be the most famous rune stone and is too prominent to ignore.

Starting from the most basic approach the message was immediately one of the most impressive found on any rune stone.

The Rök stone turned out to be  one of the most important objects to offer evidence that people in Europe in general and in Scandinavia specifically meditated for many centuries. The message on the Rök stone was pure and obvious. There are a total of 28 rune lines, which is the same as the "28 named Buddhas", a list of historical Buddhas whose personal details are still known, our current era Buddha Gotama being number 28. There are 16 lines on the front panel, a reference to Sixteen Insight Knowledges, a summary of the highest stages of meditation where meditators who are successful will have attained Nibbāna, Enlightenment.

The front panel was further divided into recognisable zones: 8 lines refer to the Eightfold Noble Path, 3 lines to Three Trainings and the large oversized X rune symbols to Seven Stages of Purification, the X rune was the seventh in the Elder Futhark rune row.

On the rear are ten rune lines which convincingly translate into Ten Dhammas: two horizontal lines refer to pariyatty (study) and nibbāna (enlightenment), the remaining 8 lines can be clearly understood as descriptions of 4 magga (path) and 4 phala (fruition).

The particular significance of the Rök stone is found in the masterful use of a mix of all the rune alphabets (the Elder and Younger Futhark, Anglo-Saxon Futhork and short-twig Swedish and Norwegian runes), which is proof that there never was a phonetic rune alphabet. The rune symbols represent concepts and methods as found in the system of meditation that was taught from the 6th century BC. The Rök rune stone translation turned out to be rich beyond imagination, even with the use of standard definitions for each rune, because of the intricate details of the environment of lines and the specific placement on the rock.

The Rök rune stone was most likely made in the 10th century to celebrate 1,500 years of Buddhist meditation practices in Europe that started in the lifetime of the Buddha and lasted until around 1200 AD. 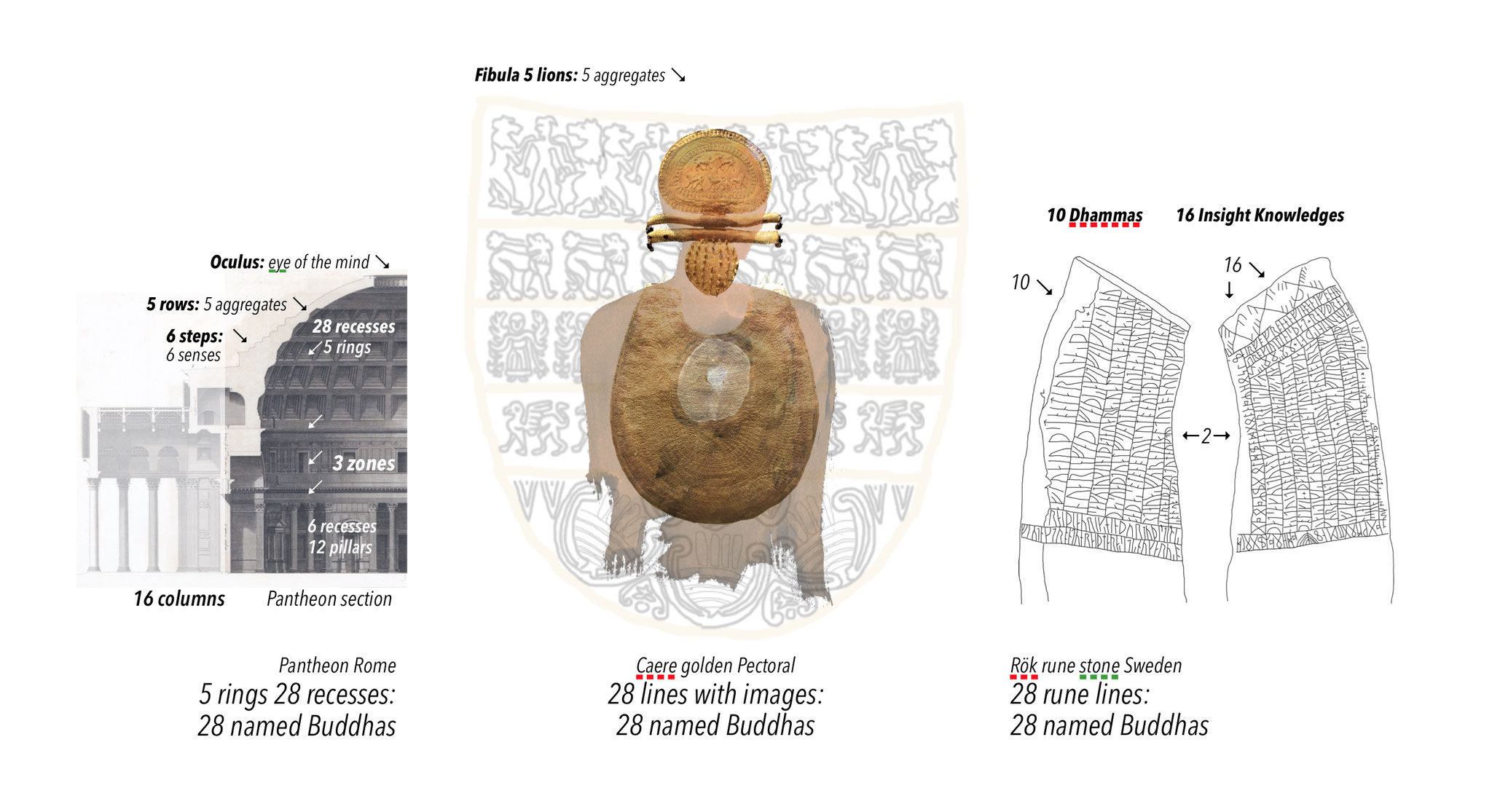 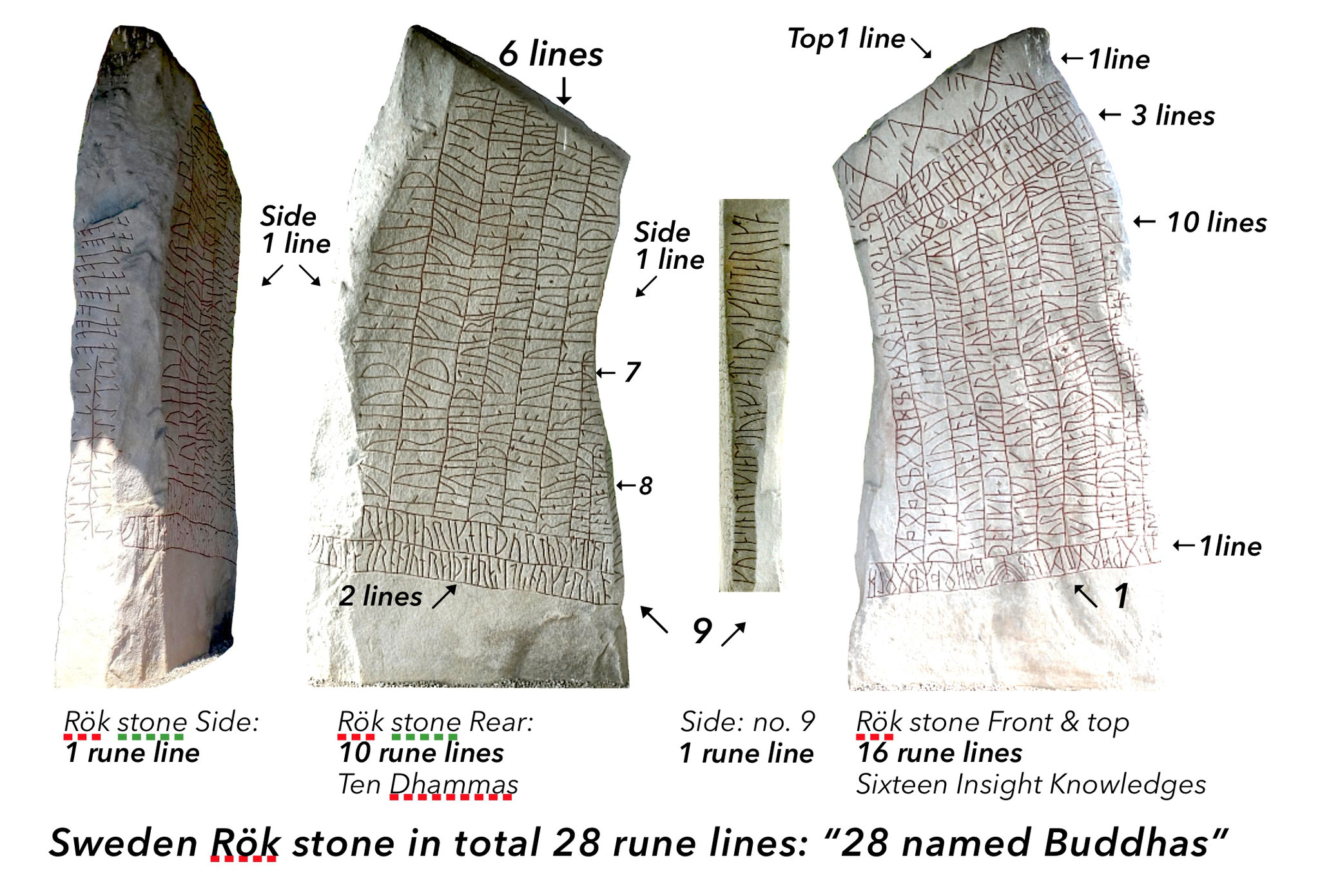